Located in the northeast part of Kaifeng City, Shuanglong Lane runs east to west from the north section of inner ring east road in the east to the north exit of Beixing Street. The street is 560 meters long and 9 meters wide. In the second year during the Tianfu period (937), Zhao Hongyin, the father of Zhao Kuangyin brought the whole family to relocate from Luoyang to the new capital Kaifeng and settled in Jierxiang of Xincaomen in the east of city. Zhao Kuangyin was not yet 12 years old and Zhao Guangyi was born that year. Following the Northern Song Dynasty, as emperor Taizu of Song (personal name: Zhao Kuangyin) and emperor Taizong of Song (personal name: Zhao Guangyi) came from Jierxiang, the place was renamed Shuanglong Lane which was followed until Qing Dynasty. In 1935, Shuanglong Lane was named Fayuan East Street together with Hongying’an Street and then renamed Xinpengchang Street. In 1937, it was renamed Shuanglong Lane.

As the “first batch of provincial historical and cultural blocks” in Henan Province, Shuanglong Lane has traditional residences that boast significance in value and protection in architecture, art, history, culture, etc. Relevant data shows “Quadrangle dwellings in Shuanglong Lane Protection Zone is one of the quadrangle dwellings districts well-preserved in Central China and the model of civil architecture in the late Qing Dynasty and the early Republic of China. It carries the residence and custom culture of Kaifeng and plays an important role in the protection of ancient city features and continuation of historical context of Kaifeng. “The traditional residence protection zone to be established here constitutes an integral part and a new tourism spot with Bian embroidery, arts and crafts and official kilns of the Northern Song Dynasty. 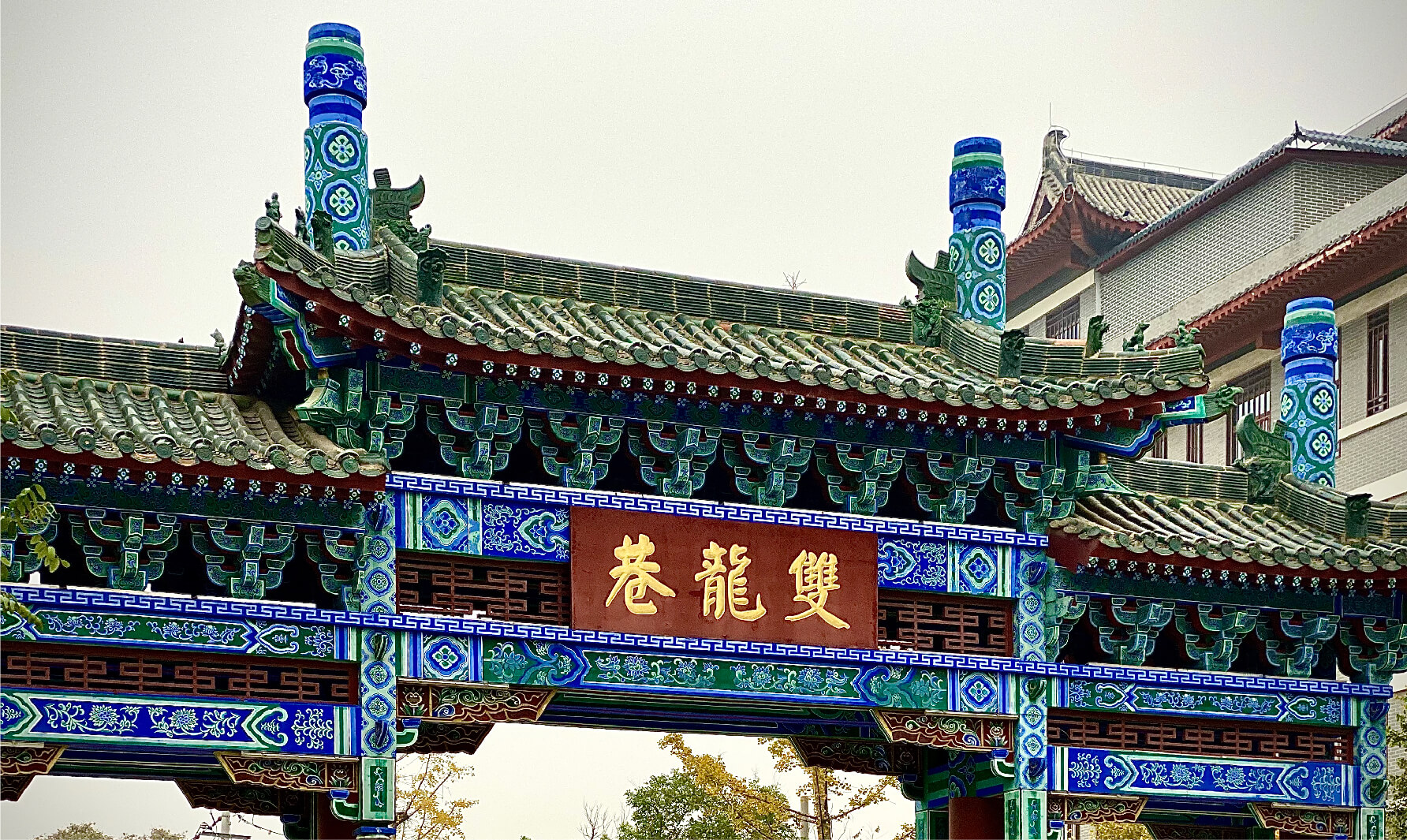