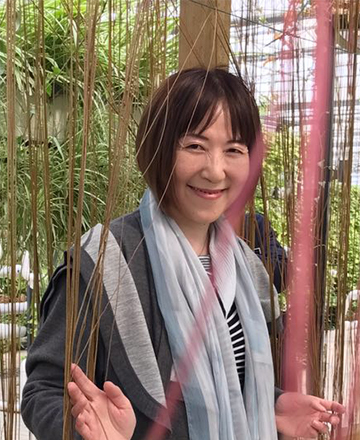 Visiting professor and Masters supervisor of the Fine Arts School of East China Normal University
Permanent Council Member of the China Female Artists Association
Member of Chinese Artists Association
Painter of Shanghai Painting and Calligraphy Academy
Painter of Shanghai Juequn Painting and Calligraphy Academy
Executive Vice Director of the Academy of Shanghai School of Painting and Calligraphy in Tokyo
Council Member of the National Ink Painting Art Association of Japan.
She is a famous Chinese female painter. She learned painting since childhood, studied under the master LU Yanshao and specialized in landscape painting. She furthered her studies in Japan, where she has held over 50 exhibitions. She has received many important prizes, including “The Foreign Minister's Commendation of Japan”. In 2009, her painting “Spectacular Shanghai”dedicated to “the Expo 2010 Shanghai” was exhibited in the Urban Footprints Pavilion and created a sensation. In 2013, her work “Spectacular Changning” was exhibited and collected by the Museum of Shanghai Cohesion Project. In 2019, in order to celebrate the 70th anniversary of the foundation of the People’s Republic of China, her work “Spectacular Shanghai · 70th Long Scroll” was shown to the public at Shanghai History Museum and was permanently collected there. Her works have been exhibited in many national fine arts exhibitions and global painting and calligraphy exhibitions of Chinese artists, and have been selected in the Global Water-ink Exhibition 2017.